Chess classes
News
The Armenian Miracle of Chess
Levon Aronian is the undisputed leader of Armenian chess, but appeared in a nation that was already crazy about chess, at least since Tigran Petrosian became the 9th World Chess Champion in 1963.

FM Andrey Terekhov discusses how a country of just 3 million people could do what Russia has not achieved since 2002 (win the World Chess Olympics) not once, but three times.

This is the third biography of #HeritageChess's campaign, supported by the Lindores Abbey Heritage Society. 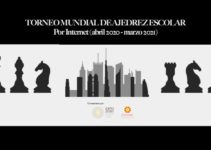