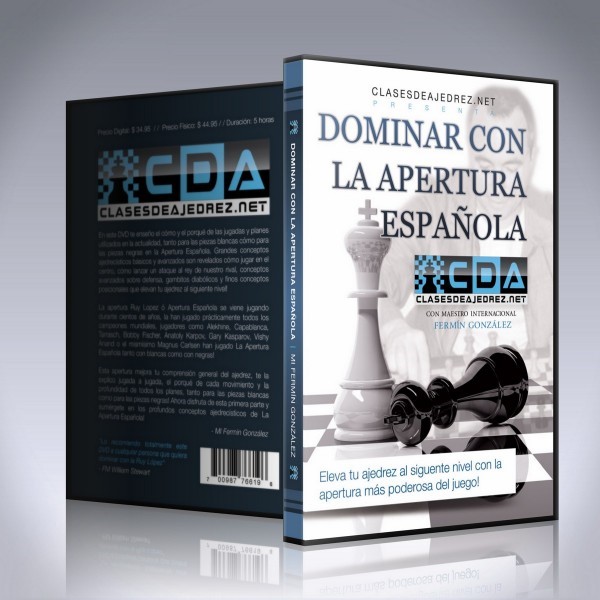 My second special job for all of you is already here friends! Many fans and fans have been suing him for a long time, so now and after an arduous and painstaking work by the International Chess Master Fermín González, comes to light the new DVD with great news!!

It's really been a lot of hours of detailed work, but in the end it's been worth it and all the fans will be amazed with this new and exclusive DVD! Fermín González 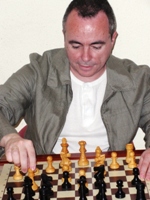 The Spanish DVD opening The second special series of DVDs is already a reality!! On this exclusive DVD I show you how and why of the plays and plans used today, both for the white pieces and for the black pieces!! in the Spanish Opening. Great chess concepts basic and advanced they are revealed on this DVD, how to play in the center, how to launch an attack on the king of our rival, advanced concepts on defense, diabolical gambits and fine positional concepts that take your chess to the next level! The Spanish DVD opening 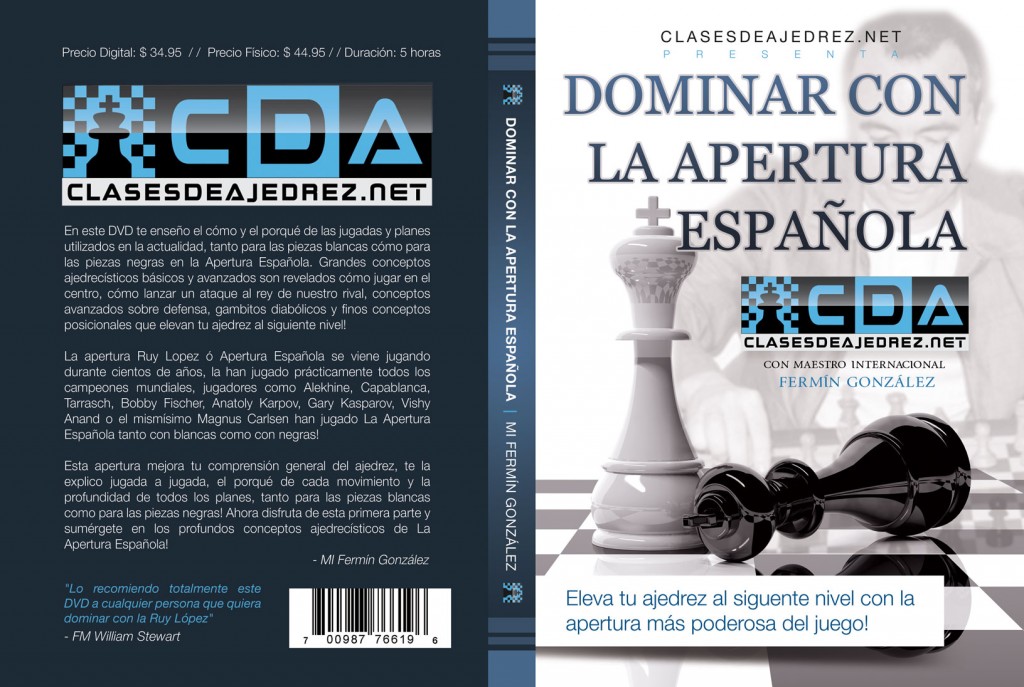 1- Concept "move to move" All the plays and plans explained in great detail.

2- More than 5 and a half hours!! of material, The Spanish opening commented on in our language!

4- Select games the best players in the world

5- I analyze them all! the games you play with The Spanish Opening so you can get better continuously! With this new DVD we release a novel product in chess commented in Spanish, because no one has ever offered so many quality and innovation characteristics before!

Prior: How to play the Spanish Opening today

The Spanish Opening © MI Fermín Gonzalez. Chess friends we have at last! The Great Novelty so demanded by all of you and we present today the first part of this fabulous new work, the DVD about the opening Ruy Lopez (Spanish Opening) for beginners, middle and advanced players, in charge of the International Chess Master, Fermín González

I have done an exhaustive and detailed work, especially dedicated to chess lovers and all beginner you want to progress in chess!

The Spanish DVD opening In this first part of the presentation, I show you a thorough analysis with great didactic explanation of a fabulous game by the world top player Sergey Karjakin You will learn to properly value the great power of the "Spanish bishop", to assess for yourself the positions, UNDERSTAND how and why the best players in the world currently play the Ruy Lopez in a certain way and you will understand why it is so important to always have central counter-game!

The opening Ruy Lopez or Spanish Opening has been playing for hundreds of years, it has been played by virtually every world champion, players such as Alekhine, Capablanca, Tarrasch, Boby Fischer, Anatoly Karpov, Gary Kasparov, Vishy Anand or Magnus Carlsen himself have played The Spanish Opening both with whites and blacks! This opening improves your general understanding of chess, I explain it to you play by play, the reason for each movement and the depth of all the plans, both for the white pieces and for the black pieces!

Now enjoy and immerse yourself in the deep chess concepts of The Spanish Opening!

and special contributor to the

The importance of openness in a chess game 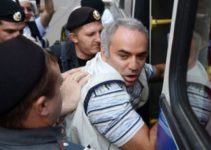 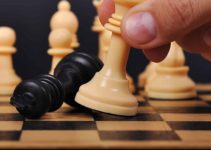 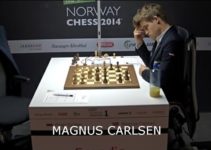