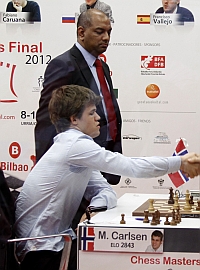 The number one in the world of chess Magnus Carlsen is at ease in Bilbao. Two rounds played and two wins, as his direct rivals make boards. With the victory against Francisco Vallejo he is co-leader of the rankings and seems to be going straight to revalidate his title last year.

Again he played Magnus a very marginal variant against the French Defence and again it seems that it did not absolutely nothing of the opening. But in that situation Carlsen is insurmountable, his infinite knowledge of chess make him find plans and plays that today no one but him, is able to achieve. In short, when Magnus has a "dead" position seems to tell itself, I am the best player in the world, I am the player with the most ELO in the history of chess, I will prove it with every play I make! He is simply a Master player who in my opinion will mark an era in the history of modern chess.

The departure between Fabiano Caruana and the World Semi-Fast Match Champion Sergey Karjakin it was highly anticipated by the fans, as in the first round Caruana broke a spectacular defeat to Karjakin. This game had much more struggle than that of Aronian Before Anand, the two rivals fought for victory in a very popular variant of the Ruy Lopez, coming to an interesting end where no one managed to prevail, finishing the game in a fought line. 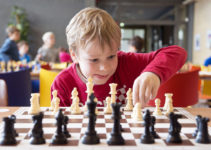 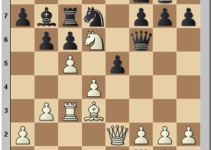 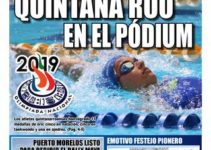