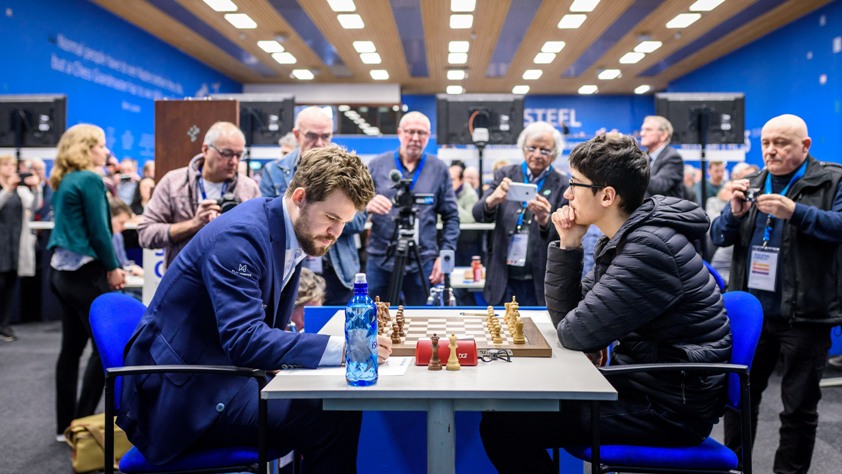 Magnus gave a strategic class of mastery perfectly demonstrating the "Attack Without Sacrificing" theme from his recent Chess24 video series.

The remaining games were tables at the Masters, where Jorden van Foreest missed the chance to join Fabi in the head.